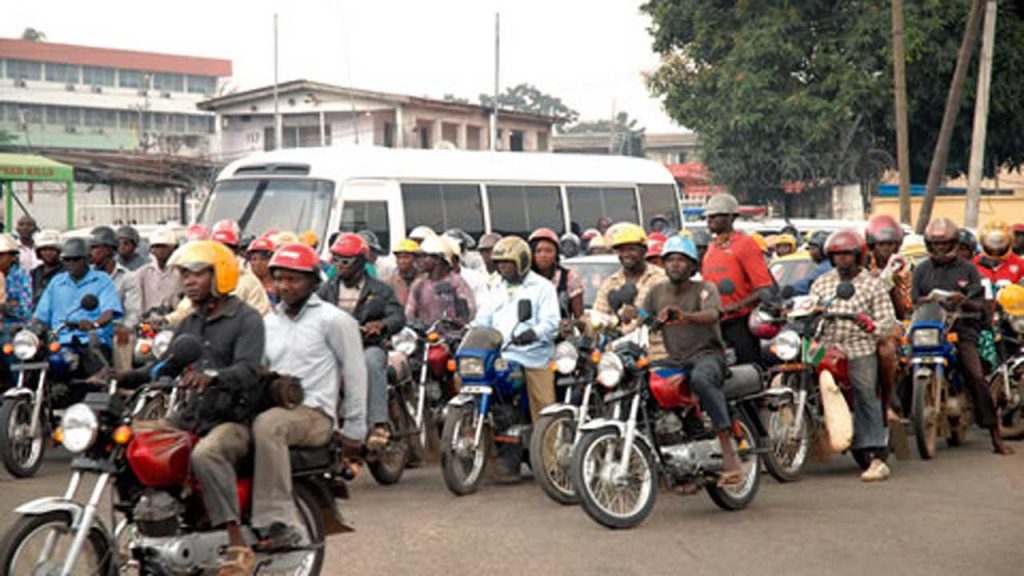 Scores of commercial motorcyclists plying the Iwo Road-Olodo in Ibadan, the Oyo State capital, on Saturday protested the alleged killing of one of their colleagues ...

DAILY POST gathered that the commercial motorcyclist whose name is yet to be revealed was shot by one of the policemen from Adenunbi Police Station at the Bishop Philip Academy, after he refused to offer a bribe to the policeman.

The incident, which occured at the front of the police station behind Bishop Philip Academy, Iwo-Road, resulted in chaos, which escalated to major areas of the city.

The commercial motorcyclists, also known as Okada riders, later resorted to burning of tyres on the road, a development, which led to stoppage of human and vehicular movement for hours.

It took the intervention of the men of the Operation Burst, a special security outfit set up by the Oyo State government, to return normalcy to the affected areas.

An eyewitness told DAILY POST that trouble started when the motorcyclist told the policeman, who stopped him, that he had no money to give at the moment.

He added that this resulted to an argument, which angered the policeman who was alleged to be drunk.

He was alleged to have pulled the trigger and shot the okada rider.

The source maintained that it had been the practice of the policemen to position themselves at the front of the station to extort money road users, especially commercial motorcyclists.

Folahanmi, who sympathised with the family of the deceased, however, maintained that the deceased was not a member of ACOMORAN.